History of the Marcel Moyse Society

The Marcel Moyse Society began in 1988 as an advisory committee to oversee two projects: the formation of a Marcel Moyse Archive and the production of concerts to celebrate the artist’s centennial in May of 1989. The archive project involved making a catalogue of the collection (including photographs, letters, manuscripts, audio and video tapes, instruments and recordings), and decided on the New York Public Library as the preferred site. The Deed of Gift from Marcel Moyse Society, and then president Eleanor Lawrence, occurred in June 1995.

In January 1990, the Society produced and distributed its first newsletter consisting of reviews of centennial events, scholarly information such as a list of recordings, and an invitation to membership. Between 1989 and 1991 the Society presented grants to Michel Moyse, grandson of Marcel Moyse, to produce instructional videos which were made available in April 1991. Although Michel Moyse retains control over these tapes, their availability is supported by the goals of the Society – to promote the teaching and artistry of Marcel Moyse. (See Moyse DVD’s) A hardcopy newsletter was published almost every year until 2004-05. (see Archive Newsletters)

An original objective of the Society was to ensure that all of Mr. Moyse’s books and teaching materials remain in print and are marketed appropriately.

An important goal of the founding members of The Marcel Moyse Society was the reissuing of recordings of Mr. Moyse. The Legacy CD was the culmination of that project and was sold through the Moyse Society. Unfortunately, the Society cannot replenish its stock due to a copyright issue regarding the remastering of the CD. The Moyse Society is deeply disappointed that this CD project, a labor of love from members such as Eleanor Lawrence, is no longer in our hands.

FRENCH TV FILM: Marcel Moyse en Son Pays, filmed in St. Amour with Michel Debost, now has English subtitles and a new introduction by Bernard Goldberg, President of the MMS. Because of the expense of this project, we request a $50 donation to the MMS in exchange for the DVD. We now have a product we can use to continue our mission. Thanks to then MMS Executive Director Craig Johnson for making this DVD available and to Janet Ferrell from Pittsburgh for her donation to this project.

On August 12th, 2009, before the NFA Convention in Manhattan, the Society held an event to celebrate Moyse’s life and legacy at the Bruno Walter Auditorium of the New York Public Library. The evening began with a welcome from Executive Director Craig Johnson, followed by remarks about the Moyse archives by Jonathan Hiam, Head of the American Music Collection at the NY Public Library for the Performing Arts. The heart of the evening was the panel: Carol Wincenc, Susan Fries, Bernard Goldberg, Robert Aitken, Trevor Wye, and Karl Kraber. Frances Lapp Averitt was the moderator, introducing each distinguished flutist and guiding the discussion. For those who knew Moyse, the memories shared brought the magic of Moyse’s character back. For those who never met him, we witnessed the awe, love, and inimitable approach to teaching that continues to inspire those whose lives and careers he influenced.

Materials for the Moyse Archive were on prominent display at the New York Public Library for the Performing Arts through the end of September, 2009.

The materials are still available for study by making an appointment in advance with NYPL: http://archives.nypl.org/mus/20284

The Marcel Moyse Society continues through the efforts of a number of committed members who continue to meet annually to promote and preserve the legacy of Marcel Moyse. We have sponsored masterclasses each year at the National Flute Association Conventions since 2013 with prominent artists who studied with Moyse (see video links). We continue to sell merchandise such as recordings and musical examples from his pedagogical books (see store). E-newsletters have been published most years. (see newsletters)

2017 launched a new website making more resources available to the public and the launch of a YouTube channel by The Marcel Moyse Society. 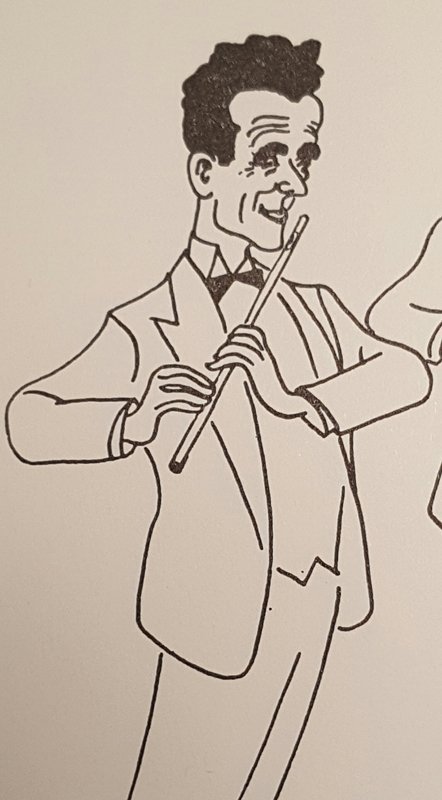